This article from InSource Solutions describes how to troubleshoot the "Sets are not allowed on a quarantined object" message that can occur in all versions of Application Server.

This message means that an object in your galaxy  has started to have issues. This could be caused by anything from a script in an infinite loop, to a disk or memory issue that corrupted some data. The software saw that the object/instance started behaving oddly and put it in a "quarantined" state to prevent it from affecting the rest of the system. The "sets are not allowed" part of the message means that other objects or users are trying to interact with the problem object, and the software is saying that it will not allow this due to the quarantined state.

To fix this you will want to undeploy the object, then redeploy. If this is caused by a recent script change, or something similar, the error may reoccur, but otherwise it should set the object to its defaults. The problem though is the error message is generic, so its not possible to know which object is the cause. Ideally, you'll want to undeploy the entire platform and redeploy, but you can try narrowing down the objects/engines that are causing it. 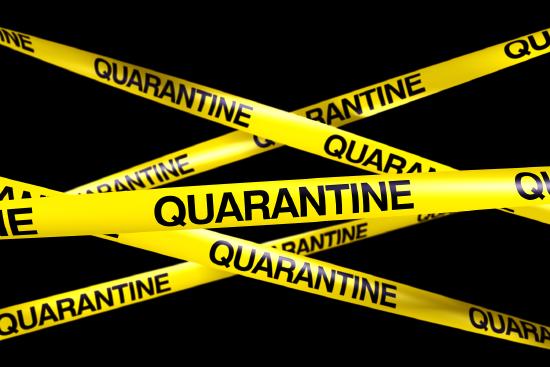