In order to use Per Named Device licensing, the ArchestrAServer.lic file must be used for each named device that you intend to specify (in our case we have 3 devices) 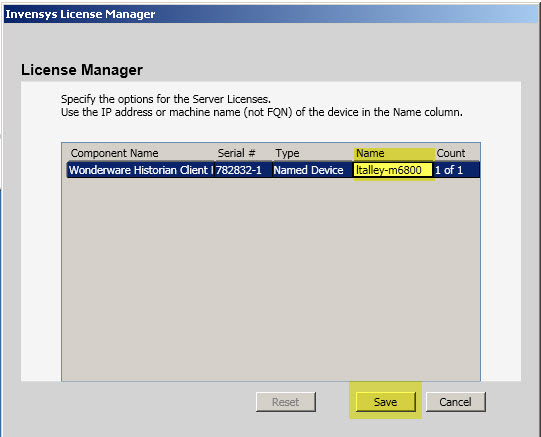 Next we will go ahead and install the rest of the licenses just like we did above (make sure to select "Append to existing license").. Now lets test to make sure that the license system can see the license and the correct device.  I am connecting to a virtual machine with an RDP client and launching Historian Client trend (from within the session).  This would be the same as launching it from a thin client device..